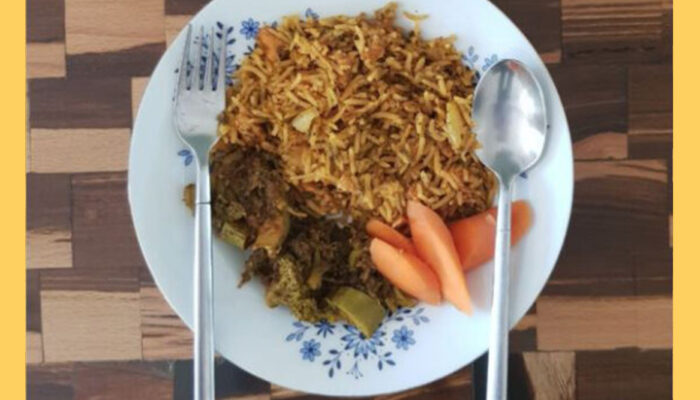 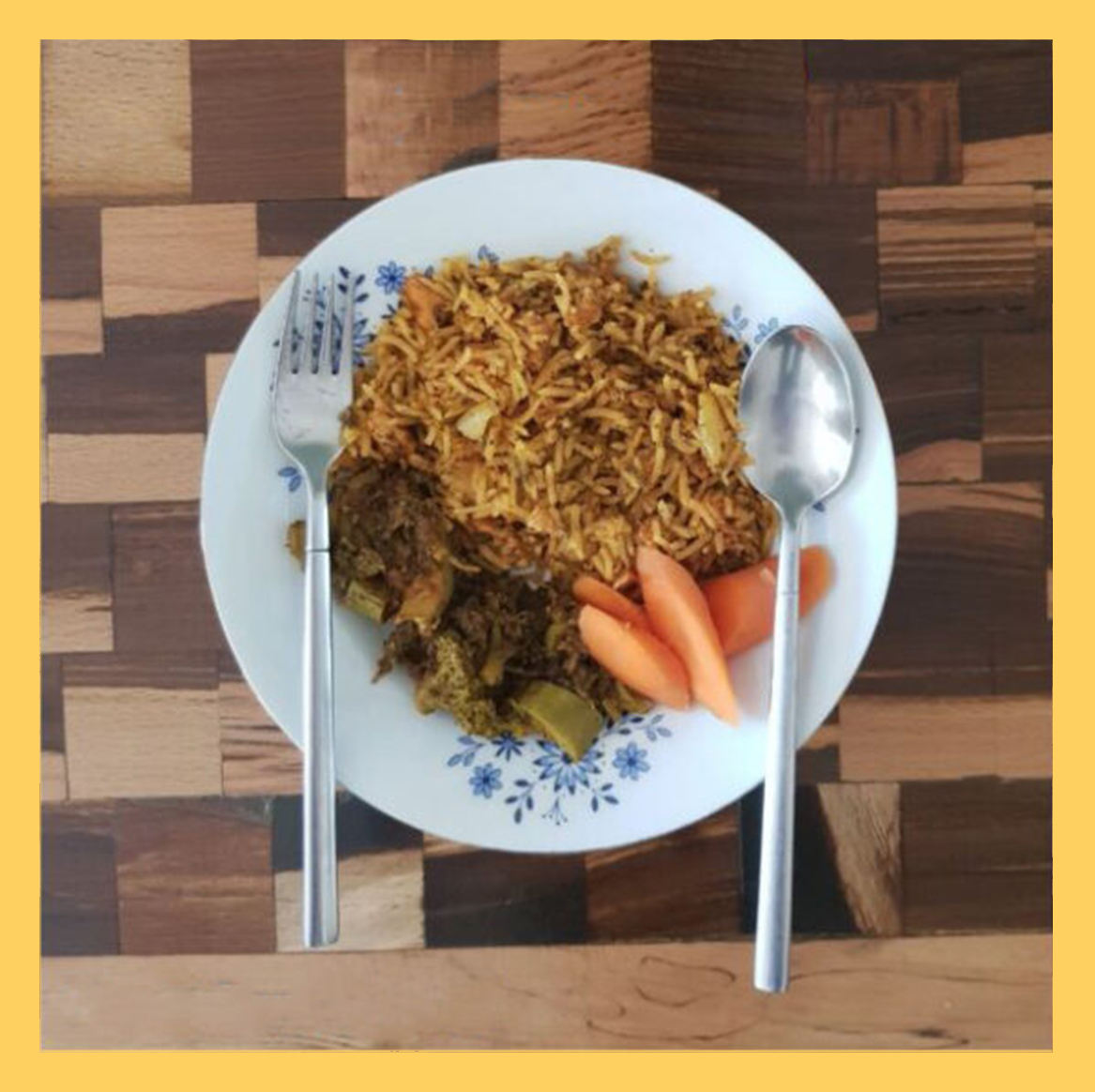 * We used Salmon but the recipe works with any boneless fillet

And so now, how should we cook  our Ayurvedic fish rice meal?

Be careful not to burn them!

And now add the diced onion, mix and put the lid on. lower the heat and cook until onions are golden.

Remove skin from the fish and cut it into small cubes.  When onions are golden, add the fish and add more spices to the pan (more turmeric, cinnamon, and coriander). Add salt, put the lid on and let it cook on low heat. Cut the pistachios into strips and chop the herbs. Pick a large glass and pour boiling water in it until it is half full, add some saffron to the hot water and let it sit for a couple minutes. 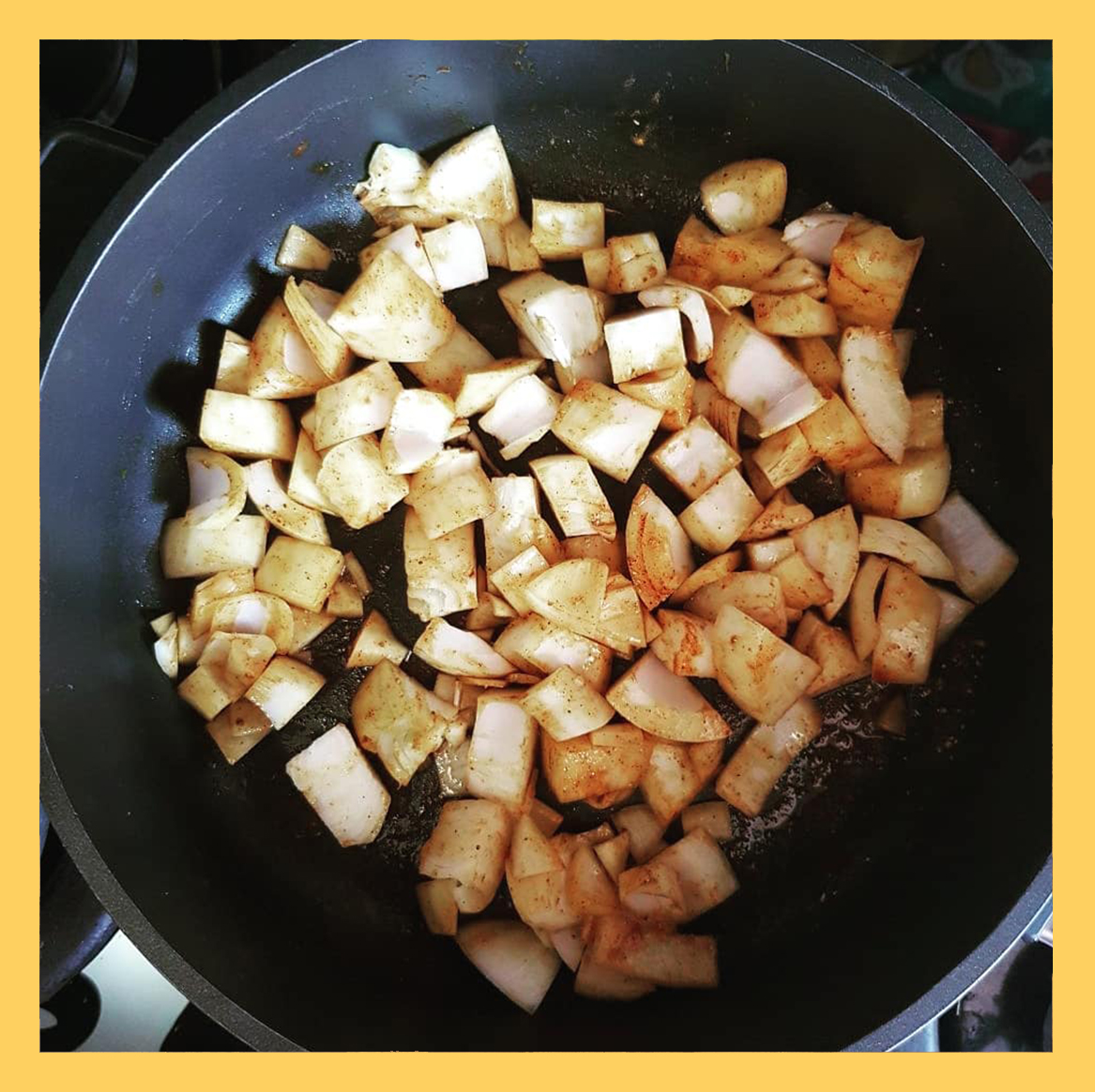 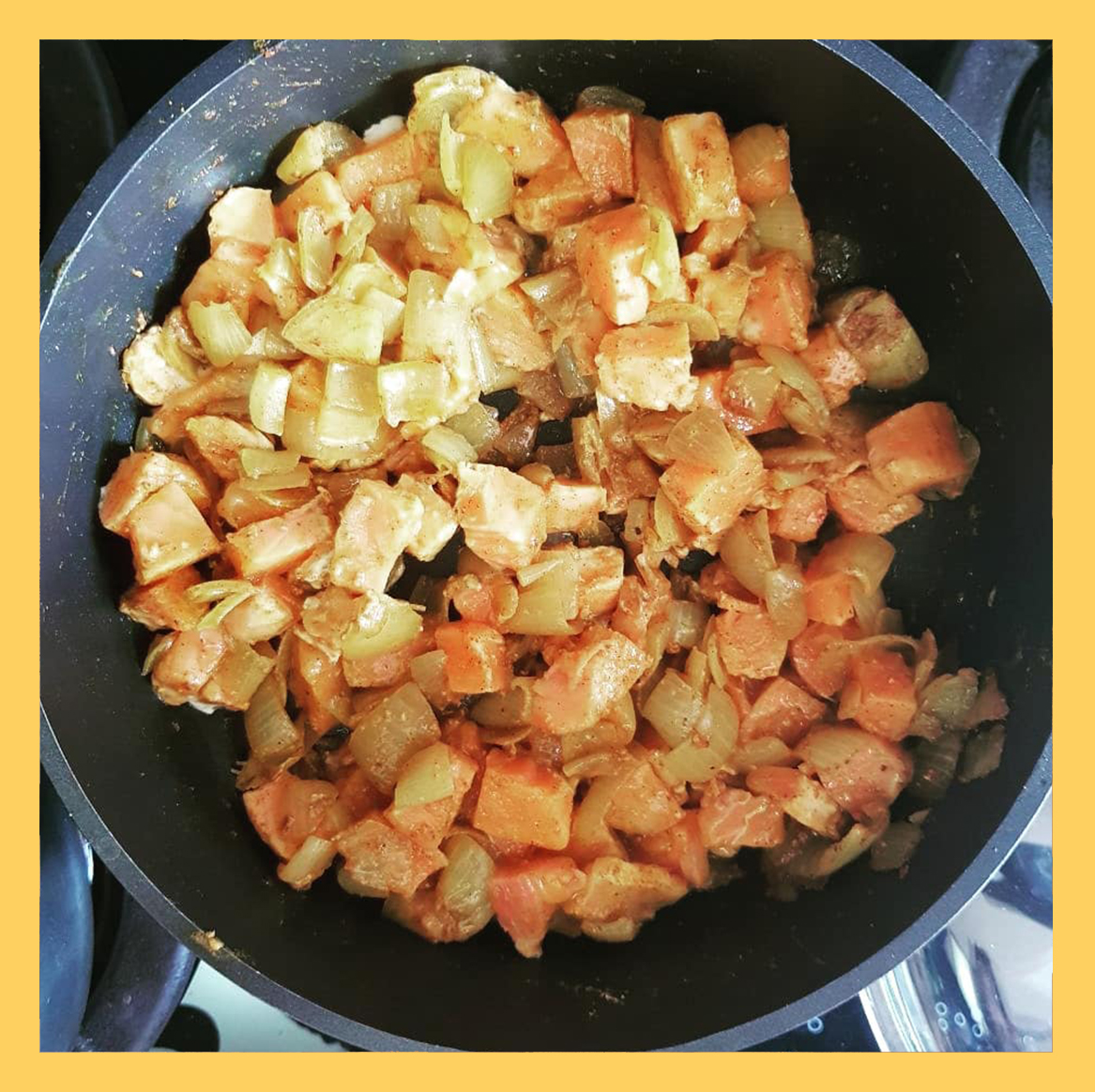 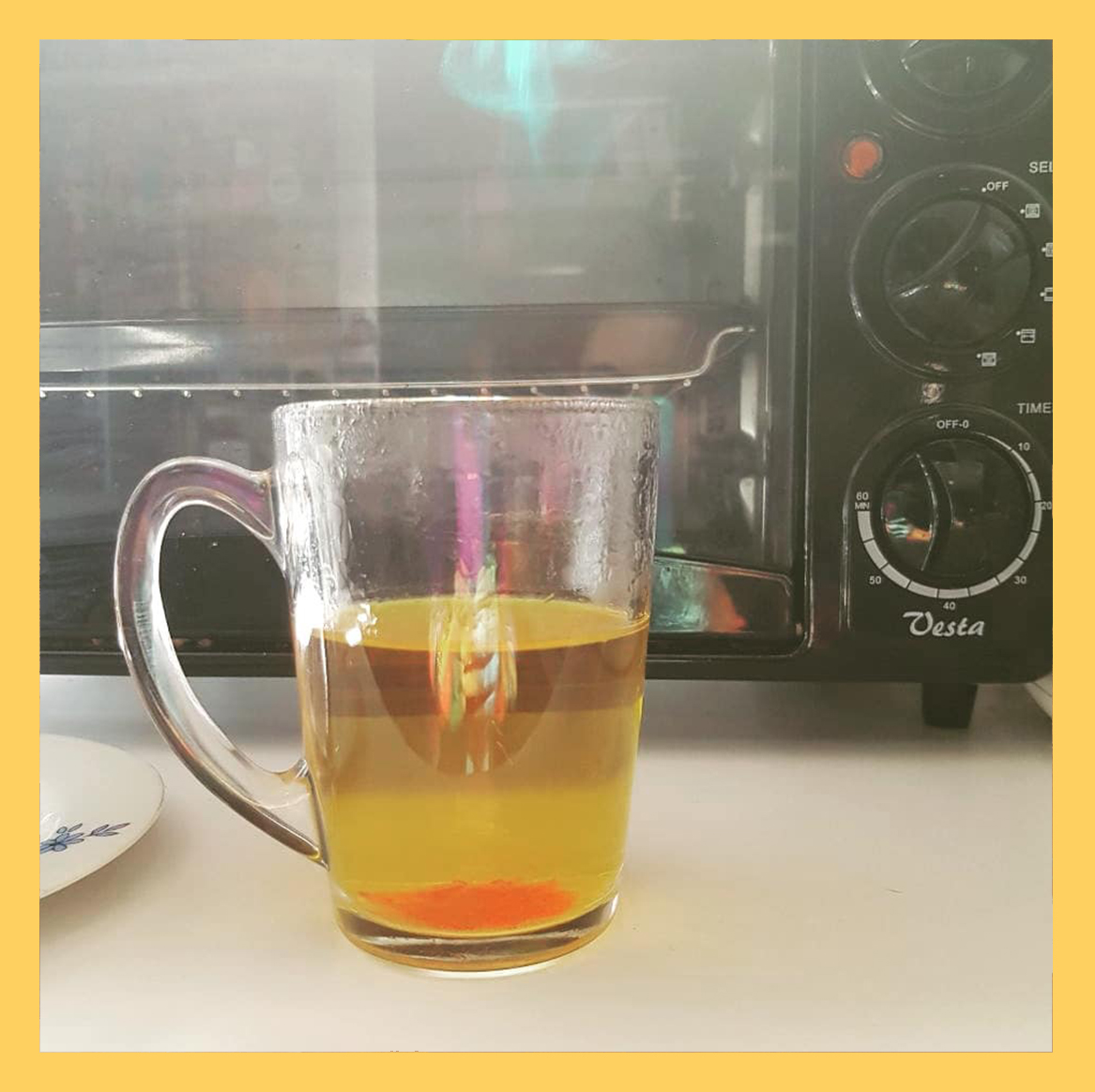 Let it cook and Boil off all the excess water. Taste the salt and add more if needed.
This is the sauce for our rice and it should be dry (excess water in the sauce will ruin the rice and make it mushy). Also the sauce should be a bit saltier than your normal food (the rice doesn’t have salt and this will balance the flavors).

Boil the rice and drain it, don’t overcook it at this stage! 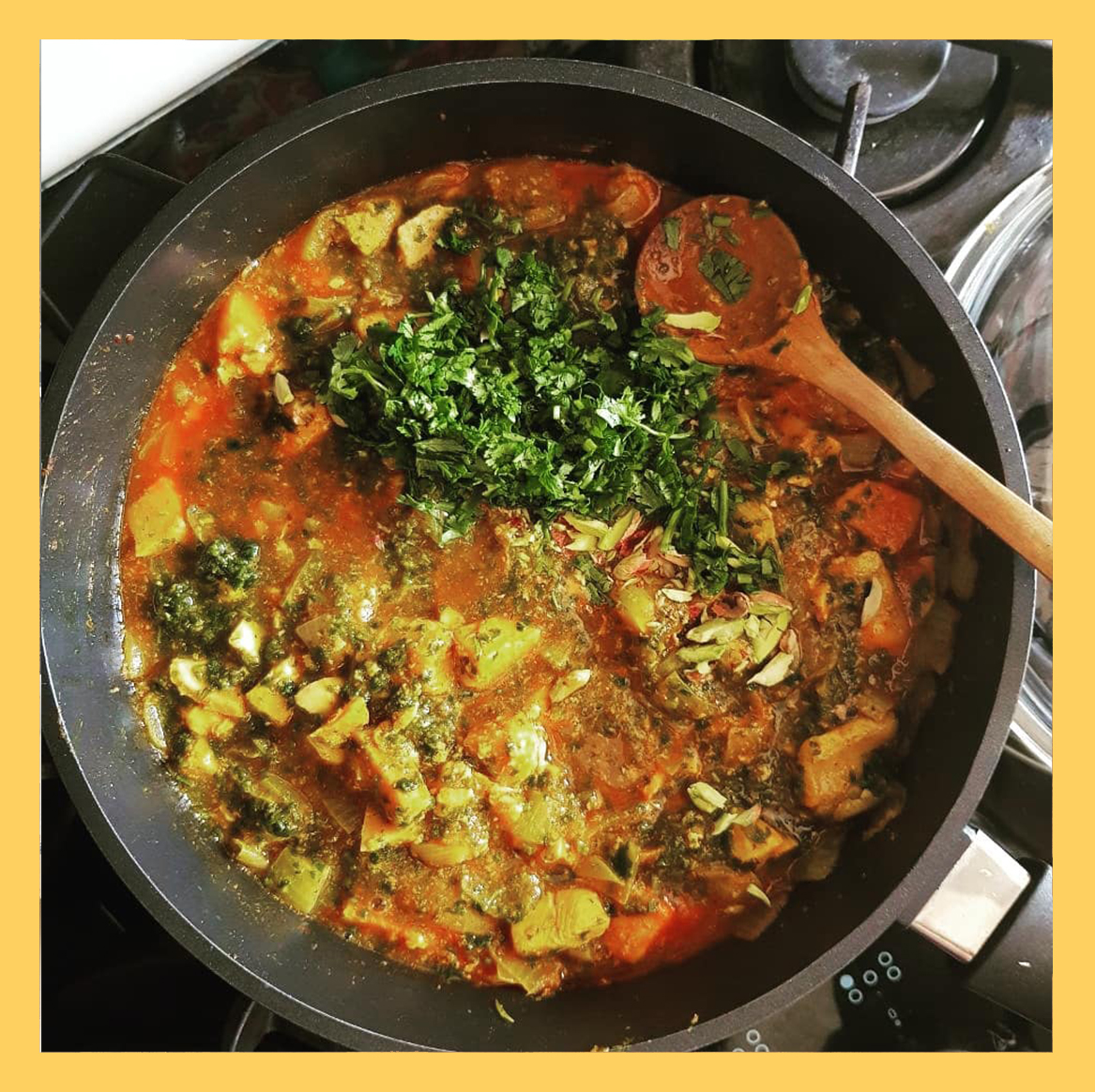 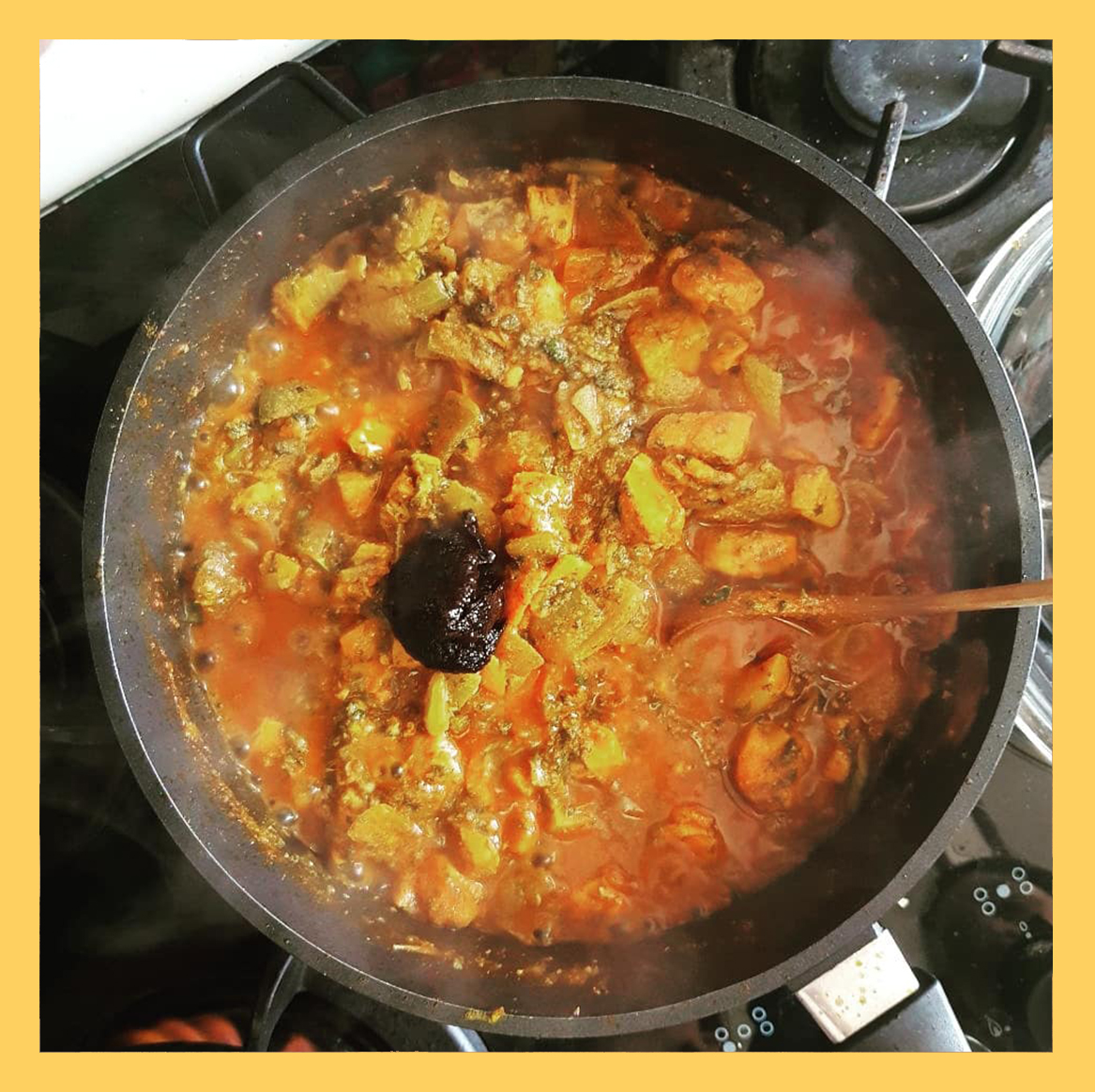 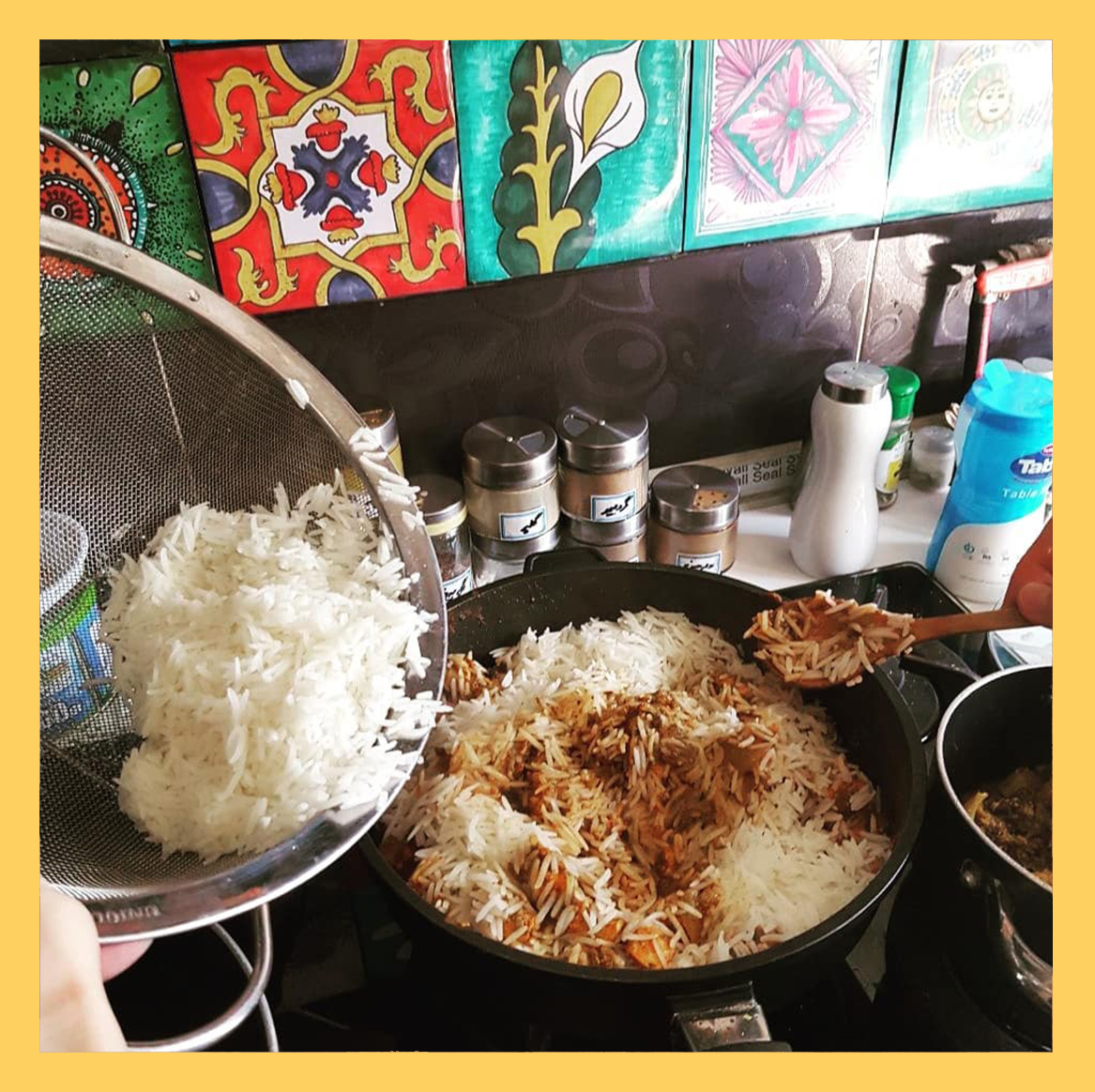 We still have second round of cooking left:

After draining the rice and losing the excess water, add it to the sauce and gently mix. Add olive oil to a heated pot and pour the mixed rice into the pot. Lower the heat, put the lid on and let it cook.